I was very good today and headed to my GP to get stabbed. I had originally intended to go on to the Hospital to have some blood tests done.

While I was in with the nurse I double checked that the tests would be OK after the Pneumococcal Vaccine, she told me that they are no longer operating the ticket system and I would now have to Book an appointment with them. So I drove home and the tests are now being done at 1pm on Wednesday! The only good point was she didn't think I was her patient as I didn't look old enough!! I did assure her that I felt more than old enough!

Since getting home I now have a headache from hell and a sore throat plus feeling even more sick than usual. When I stand up I actually feel lopsided and everything is whizzing around my head - if I'd had a couple of glasses of wine I wouldn't mind - but I have not had a drink since my birthday 😞

My one idea is to have an early night and let pillows hold my head up for me. I think a playlist and a good book are calling my name and I have no intention of getting up early at all.

I don't think I am being helped by being so tired and the joys of insomnia kicking in with a vengence. I feel totally exhausted and run down. My skin seems to just be drying out and falling off, however much moisturizer I try to slather on. At the moment I feel as though I am fighting a losing battle. I'm not helped by feeling even more isolated that usual. Back to some kind of normality today!! Poor Mikey has horrible toothache; it has had no effect on his desire to live on chocolate, but we have managed to get him an emergency appointment on Monday! He has promised me that he will be really brave, but I think the most they will do are X-rays as they are not allowed to do any treatment involving drilling etc at the moment.But in the meantime we are dosing him up on calpol and his X Box seems really good at distracting him from toothache!
Poor Andy has had a tough day...work is not letting up on him at all and his list of calls seems to be growing by the second. He did escape to work briefly today, Mikey and I got as far as the Co-op and I seemed to be the only person in there wearing a mask. I don't care - I just wanted to stay safe! Mikey didn't wear his - but trying to attach it to his ears is always fun!
I wish we could do something this weekend, just to get out of this house and Ashford...But I'm still shielding and trying…
Read more 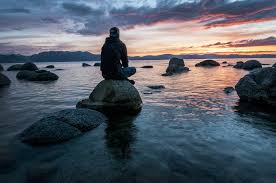 The weather can best be described as a tad warm!! Andy is currently melting on the other side of the living room. Mikey is upstairs attempting to put some clothes on whilst playing with his x box and I am feeling sorry for myself as my back is still agony and any movement just intensifies the pain.Over the last few nights sleep has been challenmging and as a result my brain has been in overdrive. Unfortunaltely the main occupation has been remembering all the ways the bitch known as my mother in law has shown that she detests me over many years. I have no idea what i did to deserve her hatred, I only wish I did as hopefully I enjoyed it!I should have realised what a problem she would be as far back as my hen night. At Andy's request she was invited and a friend agreed to pick her up as it was over in Maidstone (I was living there...) all she had to do was phone the friend to arrange a time. She couldn't be bothered to make one phone call or even tell me she wasn't coming. …
Read more

May 26, 2020
Another night on the sofa...my neck is agony now and any movement is agony...I need to find a way of obtaining a socially distanced massage!!!
Andy has just gone into work to do whatever he does to the tapes! I'm not going to pretend I know what he does, but it is obviously essential and if anyone messes up his server room he gets even more grumpy! I just wish it wasn't in Maidstone Hospital but he says it is still quiet over there so hopefully nobody totally moronic can get anywhere near him. Having got this far I'm now being selfish and really do not want to even risk catching it...
To be honest I've been feeling guilty recently - so far nobody I care about has been taken by Covid 19 and now it is starting to reduce I'm really hoping that state continues, but it is hard to believe that nobody I love has been affected...
Today is my first full day on 16:8. I fast for 16 hours out of every 24 and am only allowed to eat during the other 8 hours. Andy is possibly not go…
Read more