July 20, 2021
• I never have enough energy  • I feel weak  • I feel tired  • It’s hard to concentrate, I feel like I have “brain fog”  • It feels like my heart is beating too fast  • Sometimes my heart skips beats  • I get short of breath  • I am having headaches  • I am not sleeping very well  • My appetite does not seem to be as good as it once was  • My hands and feet won’t stay warm  • I may feel dizzy  • I sometimes feel sad or “down in the dumps”  • It’s hard to do everyday tasks like make a sandwich or walk up stairs  The list above is how I feel all the time, mostly thanks to my kidneys failing and not producing the hormones needed to get me to produce enough red blood cells to carry iron and oxygen and keep me going. IF I am honest I have now had more than enough of this. I have no energy at all, this morning just putting the shopping away left me exhausted and dizzy. I know the heat right now doesn't help, but on Friday my hands were so icy cold I was wearing gloves when we went to pi
Post a Comment
Read more

Too much thinking time 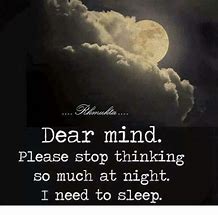 I am really struggling at the moment, this heat is far too much for me and my mood is getting continuously darker and harder to cope with. Last night I got annoyed with Andy. Casualty had a story line about a Kidney patient waiting for a transplant, I said I totally understood the patients feeling of having totally no control, and that I knew how he felt. I was told not to be depressing ant I only felt like that as I am ill and that I will feel better when I have had some treatment. This put me into an even worse frame of mind as there is NO CURE for CKD and even a transplant just delays the inevitable for a while, but you will still have the disease. We have had this conversation before and he has seen how annoyed I get when someone asks when I will get better. I want a t-shirt with the definition of chronic on it.  When I went to bed my brain went into overdrive and I've worked out why I don't now who I am anymore. For the whole of this century  and for quite a wile before I
Post a Comment
Read more 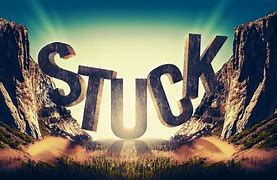 It has been a tough old week. Mikey went back to school on Monday, but I got a call on Tuesday as he was itching like a crazy thing! I took him an antihistamine but I got the distinct impression they wanted me to take him home, so I did! He was back on Wednesday and after school we dropped him off at Kingswood for his residential held over from last March! He wandered off with is back without a look back! It isn't that he hadn't seen his friends for at least an hour, but he looked quite happy and it meant we could leave quickly before I burst into tears! I had threatened to wear my tiara to drop him off, but was told in no uncertain terms that that would not be allowed... Getting home after dropping him off was odd to say the least, every kids voice I heard had me checking if it was him. Miss Talbot dropped all the Yr 6 parents an e-mail on Thursday morning to say the boys had been up REALLY early (Mikey has confirmed 5am with a sleep time from 2am!) But there had been no mass
Post a Comment
Read more

July 04, 2021
Poor Mikey is still struggling, his ears and throat have improved and the rash has vanished provided we stop him scratching! But since Thursday he has found it increasingly difficult to walk and grip things with his right hand. I called the GP Thursday afternoon and got the usual 'we are fully booked and too busy - call 111' I was very proud that I didn't just hang up, but I politely said good bye and started calling and joined the queue for help. I spoke to a helpful call handler who got an emergency GP to call me very quickly - it turned out to be a dr from out GP!! I was asked to get Mikey over the Musgrove (where we had gone earlier in the week) as soon as I could, which once we had got him to the car I did! In his slippers as we couldn't get his shoes on... Dr Hussein came out as soon as we arrived and admitted he was stumped, but agreed that the rash had reduced - but Mikey's neuro reaction  was not good so he tried to call the Peadiatric A&E, but couldn&
Post a Comment
Read more 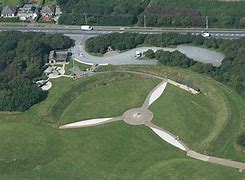 I was hoping to have a quiet, relaxing weekend as I was feeling so drained etc. Saturday started off well! Nice weather, an easy drive to Capel and parked at the Battle of Britain Memorial for our Kents Biggest Weekend visit! We started off outside as we needed to wait to go into Scramble. The memorial itself is very moving, while we were there we had a fly by from a plane in D-Day Livery and also an appearance by the Good Year Blimp. Once we went back inside we headed into the Scramble display - watching Mikey trying to use a phone with a dial was hilarious, I had completely forgotten that phones like those have not been around in his lifetime. Seeing him stabbing his finger into the holes to press the number was funny. I eventually gave in when he started trying to instruct the phone and suggested putting his finger in a hole and moving the dial around!  I forgot to tell him to let go of it and he was not impressed at the way his mother collapsed on a chair with the giggles!! Mikey
Post a Comment
Read more

June 24, 2021
Today was my last day at my Therapy Group in Marchwood. Technically it doesn't officially end until next week - but as I'm having my Iron Infusion on Thursday morning it is cutting it rather fine to be in the woods by 12.30! Going this week I concentrated on chatting to Claire - she has this wonderful ability to make me slow down and feel more relaxed as we pootle through the country lanes. Unfortunately it wasn't just the 2 of us in the bus and poor Claire ended up on the receiving end of a few cruel and sarcastic comments from the third passenger. I just ended up feeling so angry about other comments that are blatant lies and easy to prove to be 100% inaccurate! I just wish she was in a different group - but I don't believe she is avoidable in any therapy groups. I walked up to our usual site in the woods on my own I realised just how much energy I haven't got. By the time I arrived at my destination I was completely exhausted and it took a while to recover and r
Post a Comment
Read more

Poor Mikey has been ill all weekend with a horrible ear ache. As it was the weekend our GP was shut so we called 111, who were unbelievably busy, and the Dr finally called us back at about half 11 Saturday night! She diagnosed a middle ear infection (where the pain has spread to a tooth as well) and prescribed a course of antibiotics, sending the prescription to Boots who were open until midnight! As a loving Mum I sent Andy to pick it up (I did let him use my car!!) When Grumpy got back he said the pharmacist felt the dose was too low at 5ml, in April when he had the same thing he was on 10ml, but for once I was being good and stuck to the Drs instructions! We were also pouring Calpol and Neurophen into him every 2 hours on rotation. I'm not happy about doing this, but we have no option as the pain is horrific. As a Renal sufferer I am not allowed to take Ibuprofen so giving it to my child really makes me feel awful. Andy has also stopped taking it since I was diagnosed to ensure
Post a Comment
Read more
More posts